SERVICES (including, but not limited to, fee-based opportunities)

Aesthetic Renderings (including concept art for film or television)

Culture Consulting (Yes, we do not know what this is either...but lots of hours have been spent talking about "where we are today, as a society"...)

New York City and State Energy Code Consulting  (We believe in green, and help others to do so as well.)

Project Management (The office has both succeeded and failed on many things.  We advise you on what works, and what does not...)

Xenotopias (Need a walking guide, or a herb plating aside, or an opinion on the best state park, or where would be ideal to park an ark?...talk to us.)

1. Provide the best in design thought and execution to every project.

2. Expand what is possible to provide for new solutions and possibilities.


GREY OFFICE has not
- a professional architectural or engineering license.  We are not an architectural practice, and our design services must be contracted through a licensed practice.  We have consulted with architects in the past, and projects for the built environment (or 'architecture') that we have worked on are done so alongside licensed professionals.
- a certificate or intention to replace any professional organization or individual, licensed, or registered in their given field
- the resources or structure of a corporation


GREY OFFICE has
- a place for ideas to be manifest
- diverse work experience ranging between coffee cups, and large scale government programs with a wide range of budgets (from $5 to over $500 million)
- completed work and published internationally, including in East Asia, the Middle East, and Europe
- working experience in Architectural Services, Building Code, Construction, Concept Art, Database Organization, Digital Media, History, New Media, Object Design, and Project Management
- worked with top experts in the field of Architecture, Design, and Art
- Certifications from: Project Management Institute (PMI), NYSERDA, the NYCDOB, EDX, and OSHA
- hundreds of successful NYCECC Reviews and audits on New Buildings, Alt1 and Alt2*
- hundreds of thousands of dollars in project approvals at the NYCDOB*
- award winning** design collaborations with Gabriel Cuellar and Jared Langevin
- GREY OFFICE/Joshua Cummings has been an invited critic at Pratt Institute, Columbia University, and Carnegie Mellon University.

Full CV and references are available upon request. 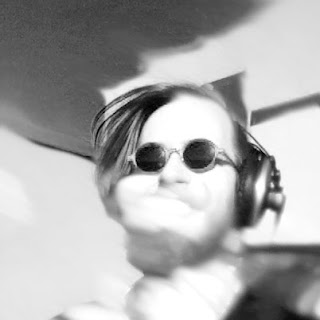 Joshua received his Bachelors of Architecture from Carnegie Mellon University in Pittsburgh, Pennsylvania.  During his time there Joshua received numerous awards and commendations including Studio Merits, Dean's List, and the Gindroz Prize.  His thesis project explored how digital form generation could undermine traditional reading of architectural type.  The benefit would be a free social experience away from Military-Industrial subjugation.  Following this architectural education, Joshua moved to Los Angeles.  There, he worked at a non-profit dedicated to raising money for homeless teenagers and as a designer in Atelier V on a Bel Air Residence.

Joshua returned to the East Coast with a move to Brooklyn in early 2009 and has remained since.  He has worked for several architectural practices performing duties such as schematic design, drafting, estimating, 3d renderings, site analysis, code compliance, expediting, documentation, and project management.

Living in balance with his surroundings is a priority to Joshua.  His focus on the importance of balance and sustainability led to him to being the preeminent Energy Code consultant in the city.  During that time, several founding GREY OFFICE projects were completed.  Joshua currently is employed by the Institute for Building Safety and Technology (IBTS).

Joshua believes in the integrity of a project from the very conception is paramount.  All projects GREY OFFICE undertakes stem from that passion.

In his free hours, Joshua can be found wandering the city as a flaneur, guided by the pace of his literary omnibus.  He is always willing to drink coffee and listen to what you have to say.

“LANDSCAPES OF QUARANTINE”
"IMPERFECT HEALTH: THE MEDICALIZATION OF ARCHITECTURE"
with Front Studio.

Storefront for Art and Architecture, NY NY : March - April 2010
Canadian Center for Architecture, Montreal CA : October 2011 - April 2012
Creation of several small and large scale hand renderings of Q-City, a fictionalized future in which citywide Quarantine has been imposed on urban centers.
The original Storefront exhibit and examination of quarantine across the ages was curated, by Geoff Manaugh of BLDGBLOGand Nicola Twilley of Edible Geography.
The work was selected for re-exhibition in the CCA show in 2011.  That exhibit was curated by Giovanna Borasi along with Mirko Zardini and designed by Kersten Geers and David van Severen of KGDVS.

I founded the blog in 2008 as an outlet for critical thoughts on architecture. Since then, the blog has grown to three consistent contributors and expanded its range of interests. I remain an active contributor and editor. We are read internationally and have been featured on several sites such as Archinect. In addition to critical writing and project features, the blog has featured exclusive interviews from
exciting professionals such as Chris Warren, Onion Flats, and Phillippe Rahm